What are spiritual images, and what benefits do they have 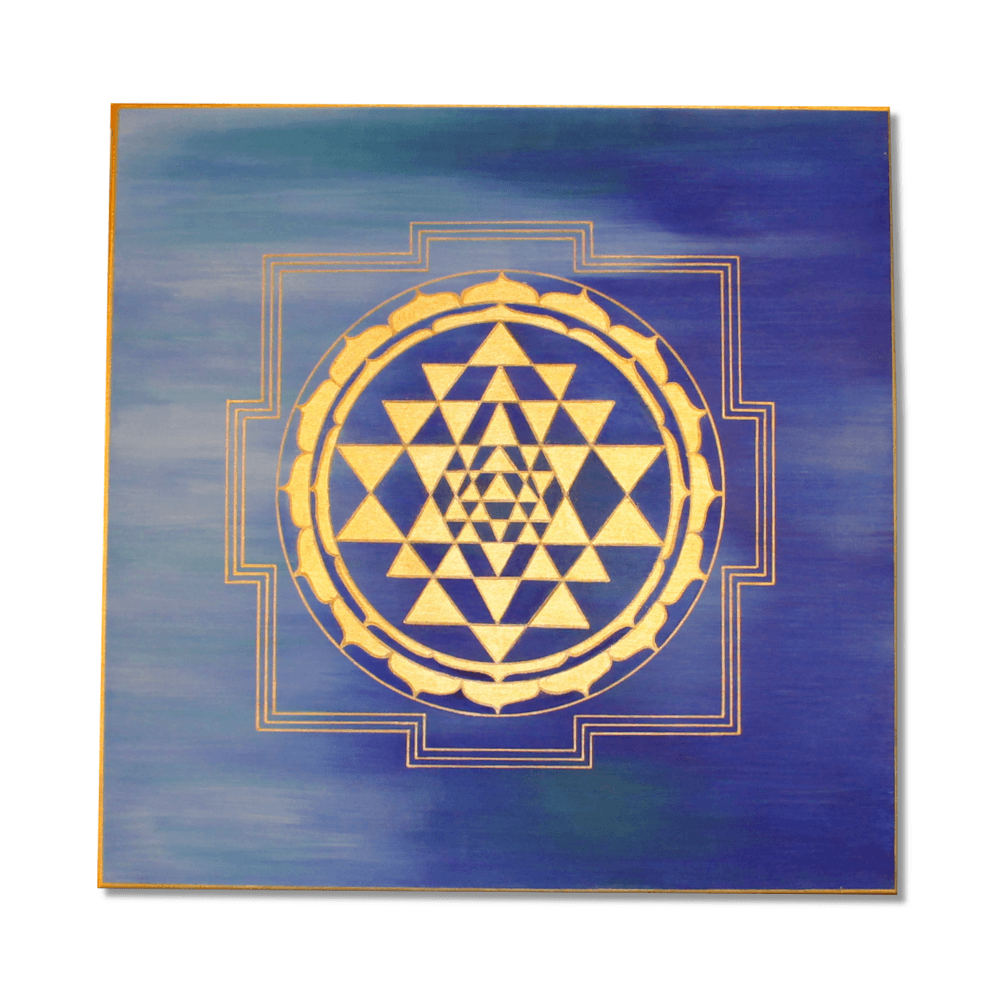 Spiritual images can come from many cultures and religions. Such images can be abstract like mandalas, or clear in their message like a Christ figure or a Buddha. Often the colours in spiritual pictures also have a symbolic meaning. For example, the colors used can symbolize the colors of the chakras or of certain deities.

Certain colours are assigned certain symbolic contents. Every religion or spiritual tradition uses its own symbols. Christianity, for example, uses the cross as a symbol. In Buddhism it is symbols such as OM, the endless knot, the chalice or the Dharma wheel that are very popular. Such symbols are often included in esoteric images.

Can a wall tattoo really be spiritual?

Of course wall tattoos can have a spiritual content. For example, it can be a spiritual saying or a Buddhist mantra. Window pictures or wall tattoos can serve as spiritual inspiration. Certain spiritual symbols have a clear advantage, because they have a known meaning and are easy to represent. A mantra with Tibetan characters on the wall means the endless repetition of its content, because in the faith of the Tibetans, the content is multiplied each time it is looked at and touched. The endless knot has a decorative as well as a symbolic content. This can also be intuitively understood by non-Buddhists. A similarly well-known spiritual symbol is the flower of life. Even better known is the Yin-Yang symbol from Chinese Taoism. The spiral can be found as a spiritual symbol in many religions. It stands for the universe, but also for pure energy.

The intertwined Celtic symbols also belong to the spiritual images with a greater degree of diffusion. Similar to a mandala is also the Sri Yantra. It is pervaded by a mysterious, yet logical order, which is also inherent in many mandalas. Since it originates from the Indian cultural area, certain similarities with well-known mandalas cannot be ignored. The full meaning of such spiritual symbols is only revealed to the initiated. The average European knows more about the general meaning.

If you are more interested in the meaning of spiritual symbols, you can buy an encyclopedia. There is no question that a wall tattoo can also be spiritual. It is interesting whether someone chooses a certain symbol because he is attracted by it even without knowing its meaning – or whether someone chooses it consciously because he wants to use its effect purposefully. People have an affinity to certain symbols. They therefore often begin to be interested in spiritual images. Others get access through a healer, a book or a course in a spiritual bookstore.

How can spiritual motives enrich life?

Spiritual images are not only beautiful to look at. They create a certain atmosphere in a room. Therefore they should be placed in a suitable place and be able to have an effect there. If a wall tattoo is spiritual, it can charge the viewer with energy every morning. It can remind him of his good intentions or support him in his morning meditation. Spiritual pictures are quasi abbreviations or abstractions for larger and complex meanings. They represent them in symbolic form and yet contain the entire universe of thoughts and ideas behind them. This is exactly why symbols are so fascinating. Their beauty radiates everything that is behind them. The complexity of a torus or mandala affects us without us having to understand the entire body of thought behind it.

After a while, however, many people want to know more about it. For example, what does a blue torus look like as opposed to one that has been given an orange background? Why is symmetry remarkably often a significant component of spiritual symbols? Spiritual motifs pose puzzles to us. They ask questions and contain answers at the same time. Thus they enrich our lives with a component that appeals to our higher consciousness and subconscious. They act on our soul and spirit like a magnet that attracts spiritual powers.

The fascination of spiritual images

Whether the Egyptian pyramids were intentionally constructed as a prana generator, we still do not know today. In fact, however, they represent something that certainly has to do with religious beliefs, certain constellations of the stars and magical calculations. We can see from this that man has always been in search of perfection and a higher truth. He invented complex spiritual images and symbols. Some of them were revealed to him in a vision. Others came from the calculations of wise men who were predestined to encode complex beliefs in a symbol or image.

In this way, spiritual images could become accessible to everyone and develop their radiant power. In the future, spiritual symbols stood for everything that had emerged as central thoughts within a spiritual tradition. They unfolded their spiritual power wherever people had created sacred spaces. But soon they were also found in every poor hut where the inhabitants were not powerful in reading and studying. The holy symbol became a messenger of all that was divine and holy for everyone.

What would a world be without spiritual images?

A mandala with a lotus in the middle is symbolic of the purity of faith and teaching. Its perfection and its colours develop a radiance that is beyond everyday life and never becomes boring. It is a fascination that all religious and spiritual symbols let you feel this power. Basically it does not matter where we look at spiritual symbols. Whether they have an effect on us in a book or hang above an altar as representatives of spiritual meaning – the effect is the same.

But a book can be slammed shut after looking at it – and with it the effect that spiritual images can have on us in the long run disappears. If a wall tattoo is spiritual, it stays in the place you intended it to be. It unfolds its power. It is a reminder and a positive memory of us, which appeals to our consciousness in many ways. Our senses react to the colours. Our eyes absorb the perfection of a symbol or enjoy its complexity.

Many spiritual motives are energy art

Many spiritual motifs are intended as energy art. The energy that they transfer to us is based on the chosen colours as well as on the meaning of the symbol. The power of the colours alone is an interesting subject. It has been proven that blue is calming and green or orange tones stimulate the mind. This amazing effect can even be measured by brain activity or blood pressure frequencies. If a wall tattoo is spiritual, it serves as a tool to step out of the banality of our lives and to devote ourselves to deeper things. The essential questions about who we are or where we come from and where we are going are well-known examples of the human being’s preoccupation with what lies beyond his normal horizon of experience.

Our life on earth is tiring, stressful and noisy. It does not supply any energies, but knows many energy vampires and bloodsuckers who draw energy from us. Some people suffer a burnout because of this. This is by no means a hidden depression, but a healthy reaction to a lowered energy level. Spiritual symbols can help to replenish lost energy. Yoga, Tai-Chi or Chi Gong, meditation or prayers are also suitable means to replenish energy resources. It would be wiser to not let the reserves of life energy run out in the first place. They are by no means inexhaustible, but need to be preserved and cared for.

You too can use the power of the symbols to have an energy filling station at hand at all times. You can find powerful symbols hand-painted by us here: https://energyart.org/shop