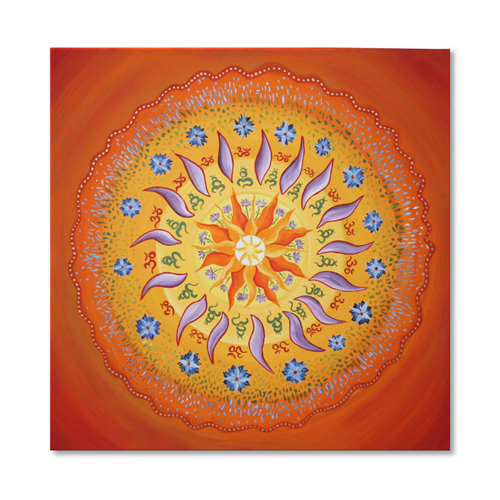 I bet you didn’t know who did all that colour science.

Blue and yellow were the “primal colors” for him. From them he derived all other colours. For this purpose he carried out the following experiment: If you place small white steps in a blue copper sulphate solution (left picture) or in a yellow potassium dichromate solution (right picture), an increasing reddening of the blue or yellow appears in each lower step. The colours do not come into being by the decomposition of light, as Newton claimed, but “at the light and at the dark”.

He placed red at the top of the colour circle, which as pure red “plays neither into yellow nor into blue” and called it purple, which means “royal red”. (But he also pointed out that the old purple red has a bluish tinge, today it is rather a carmine red)

Goethe examined how colours affect human consciousness and feelings and even assigned human character traits to colours. He associated the colour yellow with “light, purity or warmth”, the colour blue embodied for him “the dark, the cold or the emptiness”. Goethe was less concerned with a physical explanation of colours. Rather he tried to explain the “sensual-moral effect” of the individual colours “on the sense of the eye … and through its mediation on the mind”.

Although Goethe also established a colour circle based on experiments with prisms, he opposed Newton’s theory that the spectrum in a prism is created by the division of white light. He believed that the colours were created in the human eye.

Leonardo da Vinci oriented himself to an arrangement of the four “primary colours” yellow, green, blue and red. That colours are not only defined by their colourfulness, but also by their brightness, or rather their “whiteness” (lux clara) and their “darkness”.

Leonardo found colours fascinating. In the 15th century he began to bring the colours into a system. According to Leonardos theory of colours yellow was for example a simple colour, whereas blue is composed of light and darkness.

Likewise, in his notes on art and painting, he described color harmonious phenomena such as simultaneous contrast and complementary colors. In the rainbow he saw a revelation of the laws of harmony through nature.